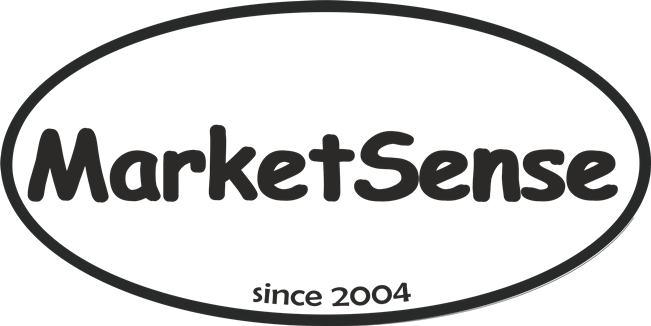 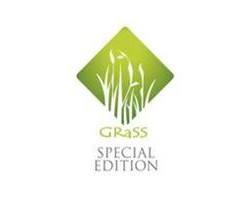 We gladly introduce you our new project – GRaSS Special Edition, where famous people and opinion leaders speak of the best socio-cultural and philanthropy initiatives in Russia.
Such cultural luminaries as Kirill Razlogov, Artem Mikhalkov, Ttayana Pushkina, Oleg Gazmanov, and representatives from mass media and benevolent society have already taken part in this project.
Throughout the project “Liniya Zhizni” (“A line of life”), “Vera” (“Faith”), “Anton tut ryadom” (“Anton is over here”) funds,  “Reading the novel”literature marathon  (reading “War and Peace” on the “Culture” channel), children’s  “Sinyaya Ptitsa” (“Blue bird”) festival on “Russia-1”,  “Novaya volna” (“New wave”) contest in Sochi, activity of Dr. Lisa Glinka and some other topical initiatives of 2015 were mentioned. 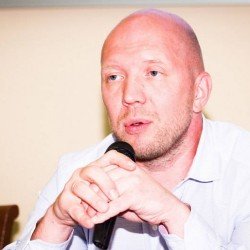 Nowadays, personalization is trendy in terms of philanthropy. Personal contributions of the ones who represent funds, social projects and humanitarian strategies are made a high priority. Such persons’ names become common, and their selflessness is a source of inspiration for other people.

“For me, the main discovery is the whole-souled people who organize such projects.

I learn about every project via mass media. This year, two projects were the most impressive. First, I had several interviews with Nyuta Federmesser, the head of the «Vera» (“Faith”) fund that helps hospices. Nyuta has impressed me greatly with her activeness, deep involvement and absolute enthusiasm. These are her typical features, and that’s why I’ve mentioned her.

Secondly, I remember my personal acquaintance with Dr. Liza, or Liza Glinka, who takes children away from Donetsk. She also created a great impression on me, especially while describing this process and problems she has to face in details …

For me, the main discovery was the fact, that there were such persons, and that they were not alone. Actually, there are many of them. It was a pleasant surprise for me – that there are so many people in our country who do good deeds with such enthusiasm, with such tremendous hope for the best, and with such a great involvement».

The “Vera” fund is the only non-commercial organization in Russia that supports hospices and their patients.

“Spravedlivaya Pomosh” (“A just support”), better known as “Dr. Liza”, is an international non-government organization that provides help for homeless people, dying patients, lonely retirees and disabled persons who had lost their home and have no livelihood. 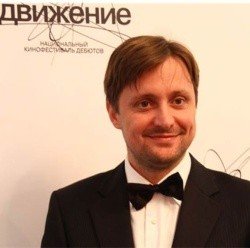 Regionalism is a one more tendency in recent development of social and cultural initiatives. Artem Mikhalkov points out National first performance movie festival “Dvizhenie” (“Movement”), held out in Omsk every year since 2013, as an example of a successful regional project. It is important that the festival cooperates with the “Anton tut ryadom” (“Anton is over here”) organization, and money received from the tickets, as well as financial donations from visitors collected during the event, are given to the fund.

The competition program of the festival presents the works of young filmmakers in different formats. Out of competition, there are foreign masterpieces, short films, Russian documentary novelties and pilots of new Russian TV-shows.

– In my opinion, festivals held in Moscow, St. Pete and other over-a-million cities is one thing that we are all used to. The other thing is something new organized in a region. In Siberia, such festival creates the atmosphere people are coming, seeking there for, the reason why foreign people come there. Besides, the festival cooperates with the “Anton tut ryadom”, the fund that helps children with autism. Danila Kozlovsky, the official representative of the fund, have taken an active part in collecting financial donations – Artem Mikhalkov says.

“Anton tut ryadom” is the only center of social habilitation, education and creativity for adult who suffer from autism in Russia. This center is the project of the “Vyhod v Peterburge” (“Exit is in St. Petersburg”) fund that contributes to solving the autism problem. The founder and the president of the fund is Lubov Arkus, the author of the same name movie about Anton Kharitonov, a boy with autism. This movie was shot basing on long-term relationships with that boy.

Danila Kozlovsky, a famous theatre and movie actor, is a curator of the fund. 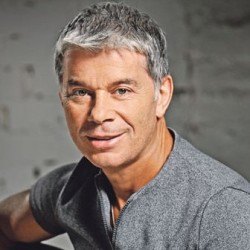 Oleg Gazmanov, a pop singer, a composer, a poet, an actor, a producer, Honoured artist of Russian Federation.

Oleg Gazmanov points out “Novaya Volna” (“New Wave”), the international contest of young performers, as an important cultural event of 2015. That contest was held at Yurmala, a Latvian resort, in 2002 -2014, and is held in Sochi since 2015.

“In a very short term, the Igor Krutoy’s team managed not only to move from Yurmala to Sochi and to build a hall there, almost from scratch – this team has also done a lot of organizational and cultural things to raise the international “Novaya Volna” project on a higher level. I think this is great.

As for me, the social value of this process is very high. Especially when there is a serious pressure on our country – it’s very hard to organize such process. It is so difficult to exclude frustrations, to make all performers, including America, present! Everything was tidily arranged in Yurmala, but in Sochi, it was a greenfield process. I think this is a powerful event that of great importance, being a project, where representatives from different countries, including the Western ones, were presenting – despise actual attempts of isolation of Russia and a strong pressure on our country. As a result, this project is the largest and the best either in terms of TV-images, or in terms of participants’ number, in terms of hall and hall decoration, in terms of everything. Bravo!” 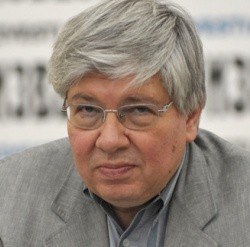 Kirill Razlogov considers public reading of “War and Peace” the most important project of 2015. In his opinion, this event has laid down the foundations of a universal socio-cultural identity that unites people of all ages, professions and life experience, from different cities and even countries of the world. It actualizes Russian cultural-historical community, based on simple and great senses that are presenting in this brilliant work. At the same time, this project broadens the borders of a cultural diversity for all participants.

“This is a great classical text that has become unexpectedly topical by now. This was reading of the original text – not only by professional actors with professional intonations, but also by simple readers with different voices and intonations. That added inner richness and variety to the text.

One more strong feature of this text is that it doesn’t present absolute truth, but constantly depicts reactions of various characters on the same events. Besides, there is a concept of Tolstoy himself: where does the war come from, how does it appear, what are the components the war is made during a prewar period – this is more than topical nowadays, when there is a prewar situation. The origins of such wars.

In prospect, this project can prompt to increase a number of not even readers, but the listeners of books. Nowadays, this activity is poorly developed: although there are E-book editions appearing, different forms of live reading are disappearing – as well as Grandmas who used to read books to their grandchildren. In fact, this is a very specific form of a literary text’s perception – when one is not seeing it, but is listening to it. These two ways of perception are mutually complementary. And, of course, later they are supplemented with different stage adaptations and screen versions, retellings and so on. But the power of the example I give is that the original text is read.

This potentially leads to the increasing of cultural level’s enrichment. This is the acquaintance with different ages, culture and thinking types.” 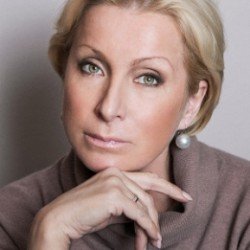 Tatiana Pushkina points out “Sinyaya Ptitsa” (“Blue Bird”), the All-Russian young talents contest, as one of the most significant projects in 2015. This project is unique for its atmosphere, the involvement of children, their parents audience, and for the emotional response every participant gets, for real support of truly talented children. That’s why millions of Russians has watched this contest with empathy.

“Every day I turned off the Russia-1 channel at 4 p.m. – it was impossible to stop watching, despite the fact there was seemingly nothing extraordinary. This is a pure love, something that lacks us today.

This project is of great use. For example, one of its most important aspects is a response for kids, in answer to their efforts… I think, there’s need in projects that contain a direct response – one has entered the scene, one has managed to do everything, and one has got a feedback. It can be a grant – in case of “Sinyaya Ptitsa” – a reward, a sign of attention, a comment, a комментарием ли, an assignment to a top music-school or an opportunity to enter a dance or a circus school with indulgence…. This is a usefulness of visualization and immediate reaction – admiring, not sitting back as silent spectators, tears in one’s eyes … Generally, It’s necessary to say “Thank you, it’s so gorgeous!” And it’s necessary to accustom other people to this. In this case, I hope to God that everything will be alright one day.”

Tatiana Pushkina mentions the “Liniya Zhizni” (“A Line of Life”) fund’s activity among the best philanthropy initiatives. This fund has been supporting fatal case kids since 2004.

“This fund typically intuitively finds the perfect balance of staginess, common sense and rational monetization of its initiatives.” 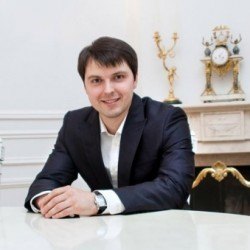 Ivan Nikolsky considers the fact, that support for the Great Patriotic War veterans was included into the range of “Sistema” fund programs, the most significant event of 2015. In 2015, the “Sistema” JSFC and The Government of Moscow, together with Moscow veterans Council, have signed The Agreement on veteran’s support and patriotic education of young citizens.

“A guardianship board of the fund has decided that support for veterans would be a worth continuation of work and a good tradition, as the 70-year anniversary of the Great Victory is a significant date. Attention towards veterans is to be carried out by the state as well as by business organizations.

I consider this project very important. We mainly pay attention to veterans on May, 9th, national holidays and New Year, or on their birthdays. However, we want them to be honored not only on May, 9th, but on firm basis. Besides, we can provide them with vouchers to sanatorium resorts. Also, we ourselves and our volunteers often visit veterans at home, giving presents and buying products for them. Even in case of orphanages, we are trying to take veterans with us when we organize holidays there – so they could take part in these events. Children draw pictures for them, give them flowers and handmade gifts – it’s a sort of children and veterans mutual integration.

Besides, we take kids to historical and military museums. I think that nowadays, when geopolitical situation is instable, and there are attempts to rewrite the world’s history, it’s very important to keep the historical heritage we’ve got from the Soviet Union, since World War II. For memory to be eternal, to forget nothing – that’s why such things are done, this is the noble goal.

In prospect, this is saving and development of intellectual and historical heritage for future generations.”